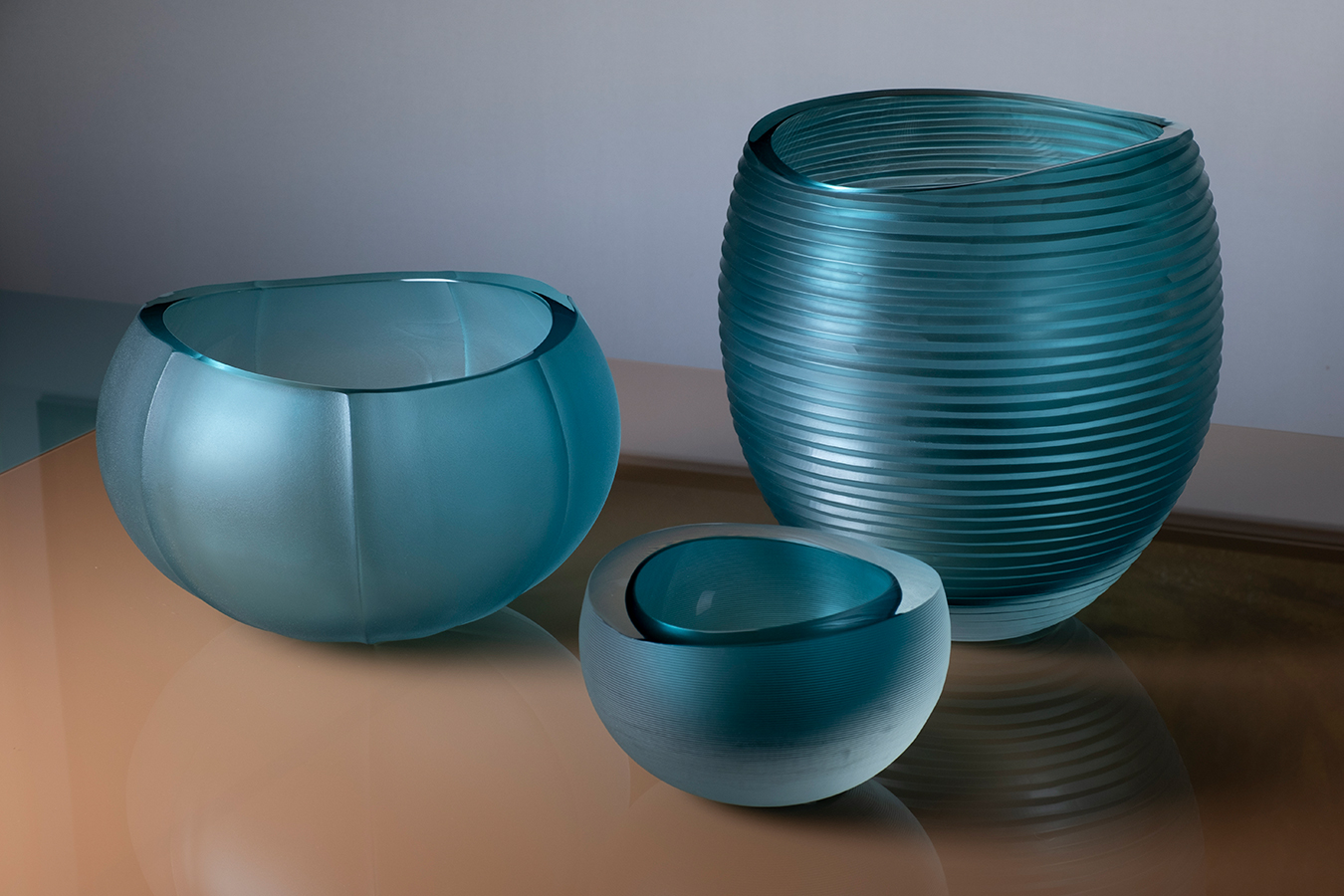 The Linae vases designed by Federico Peri — circular pots with a blunt rim are made in solid colour and thick blown glass — are available in four different shapes and the same number of finishes / incisions on the glass.The common starting shape is the sphere, elongated or squashed flat.

The tallest vase, Linae Large, has horizontal incisions creating a pleated effect — a concertina — as if the object could ideally stretch or tighten at will.

The medium size, Linae Medium, experiences the effect of gravity more strongly, and is characterized by 7 vertical ribs made by scooping out the glass. The small vase, Linae Small, mix of the two other vases, is similar in shape to the middle-sized one and also feels the force of gravity. The surface has a horizontal “ribbed” incision reminiscent of the largest vase, but on a much smaller scale.

Linae Mini is the smallest vase characterized by thick vertical lines, a rounded shape that softens the profile and a solid clear glass base that seems to let the colour float inside the vase.

Linae Mini
10 x h 25 cm
Download technical sheet
Every product can be customized, choose the color in the color chart. 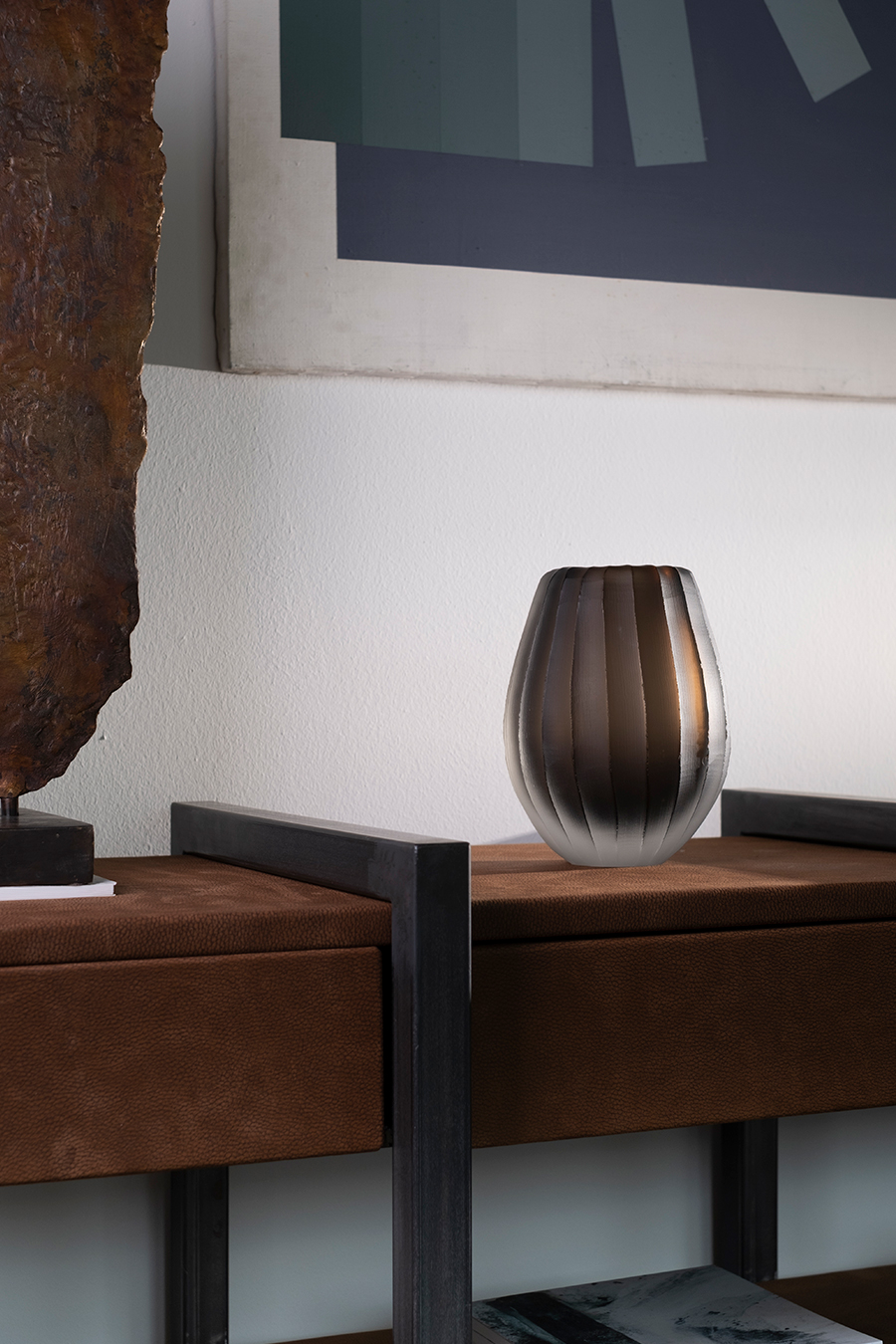 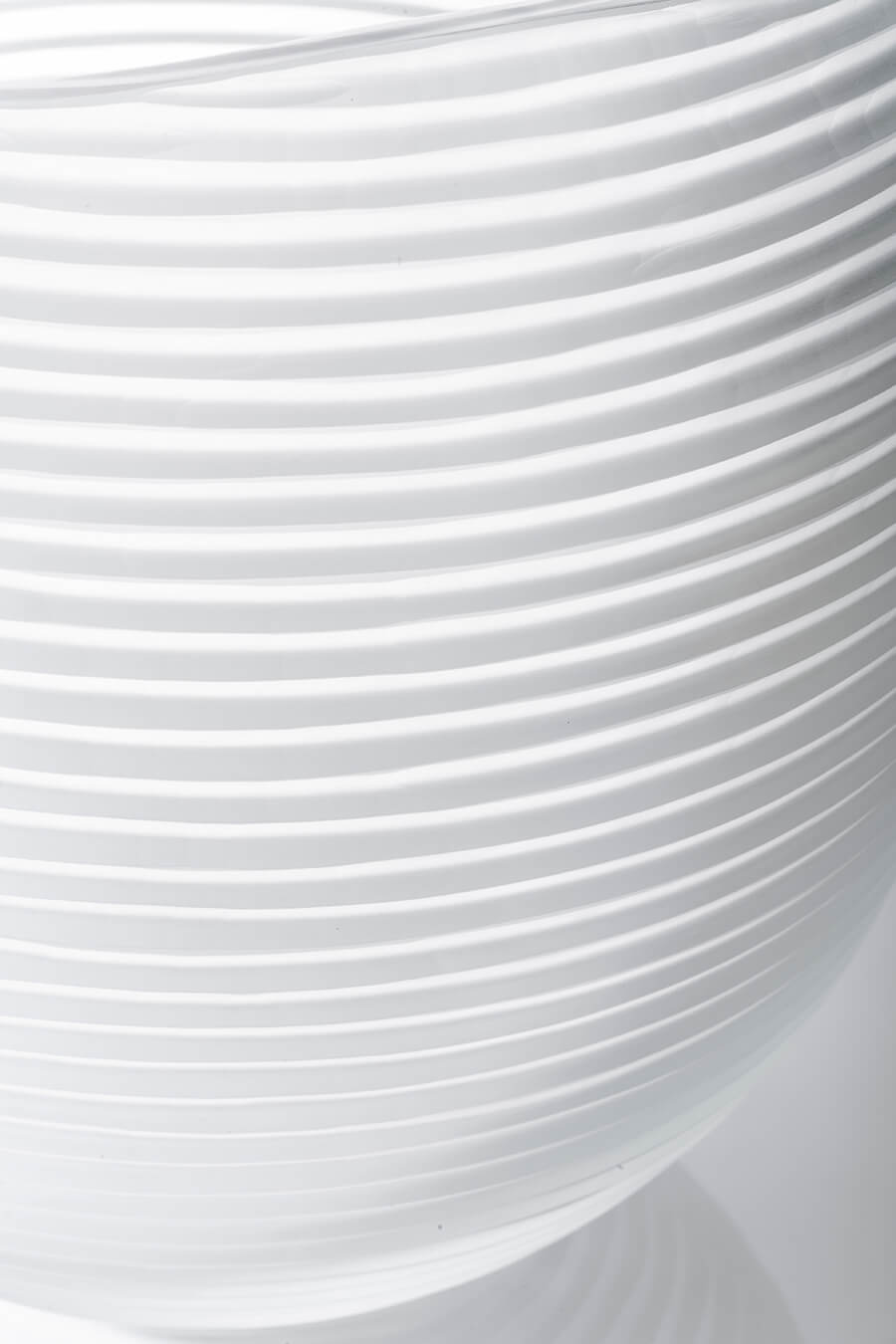 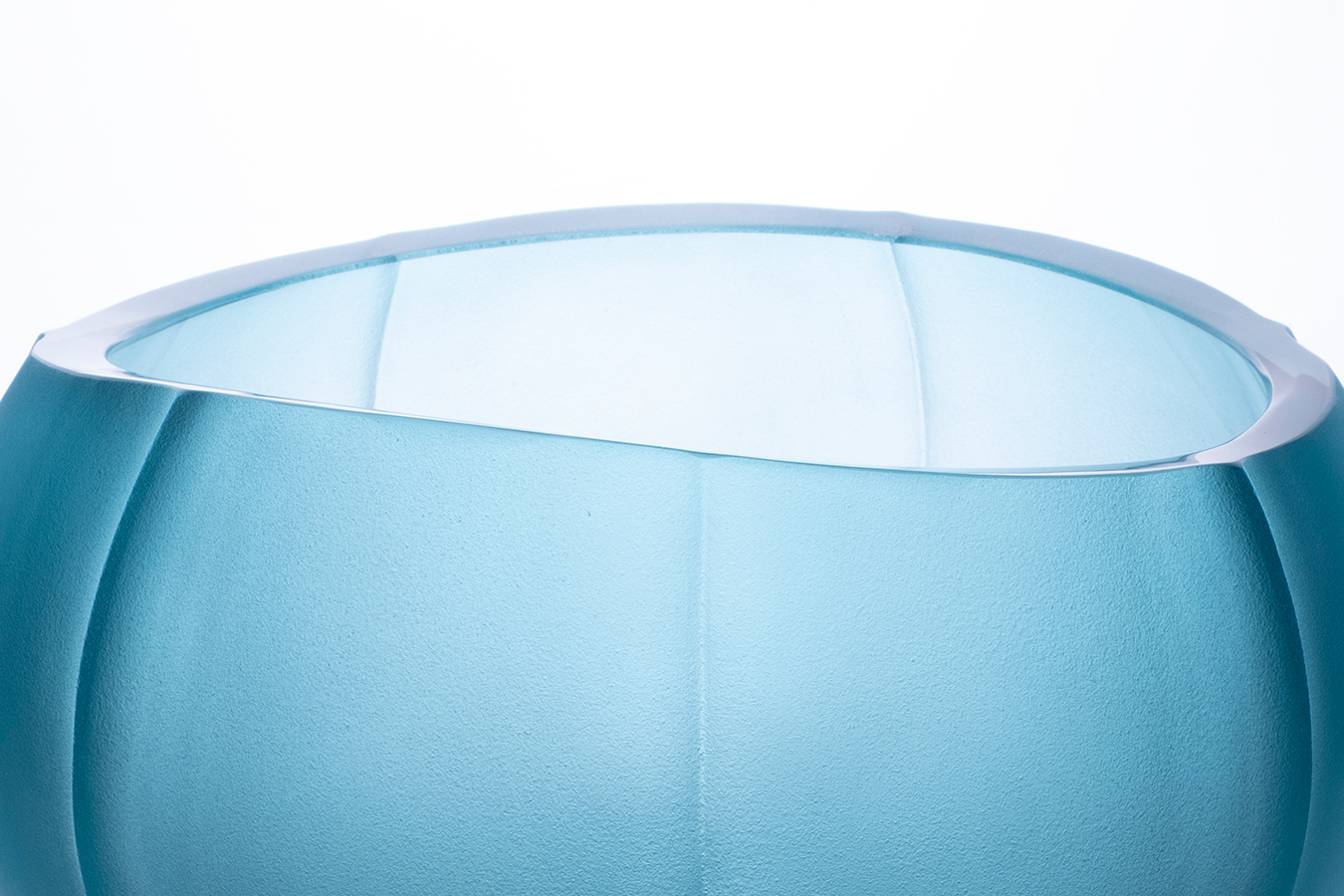 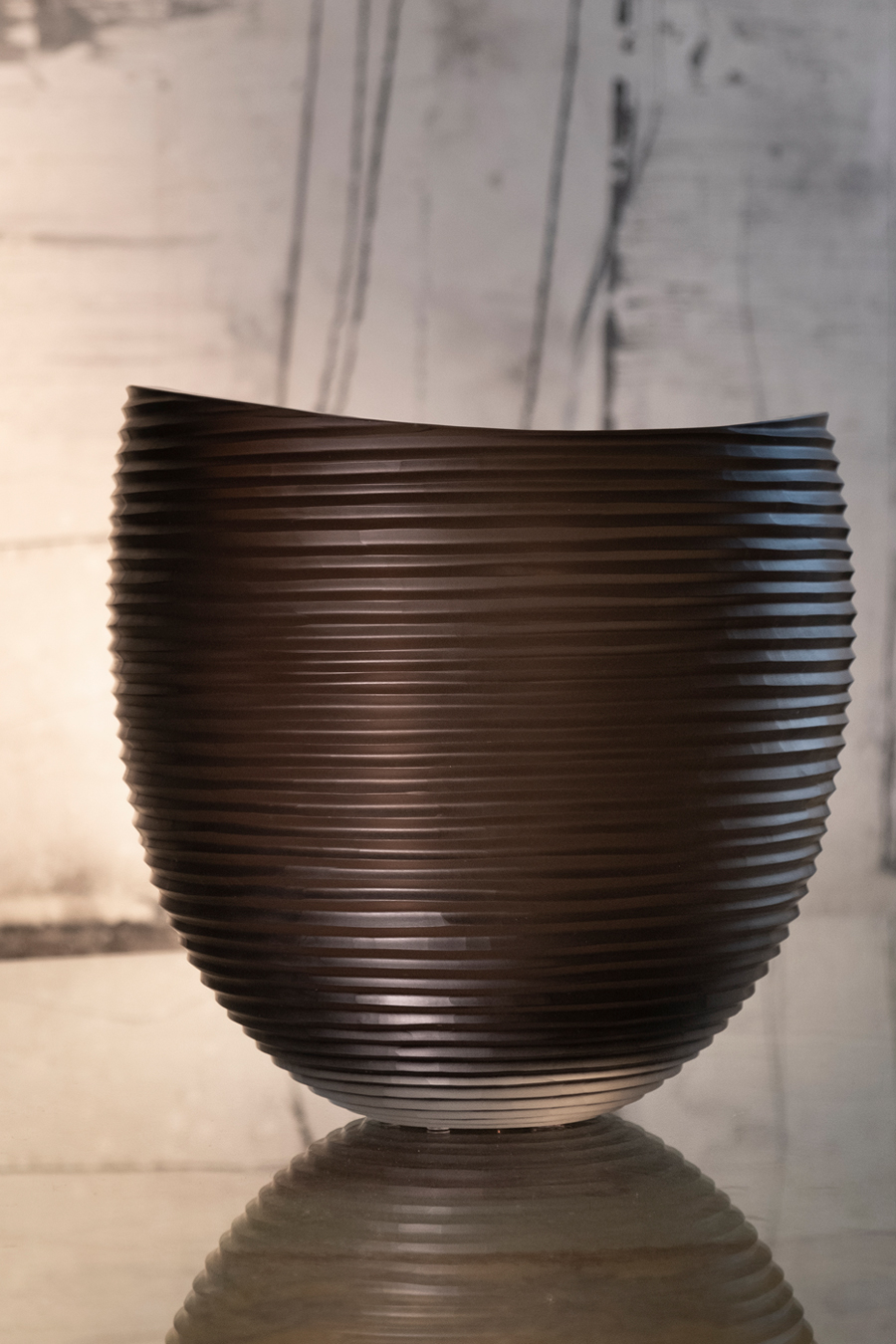 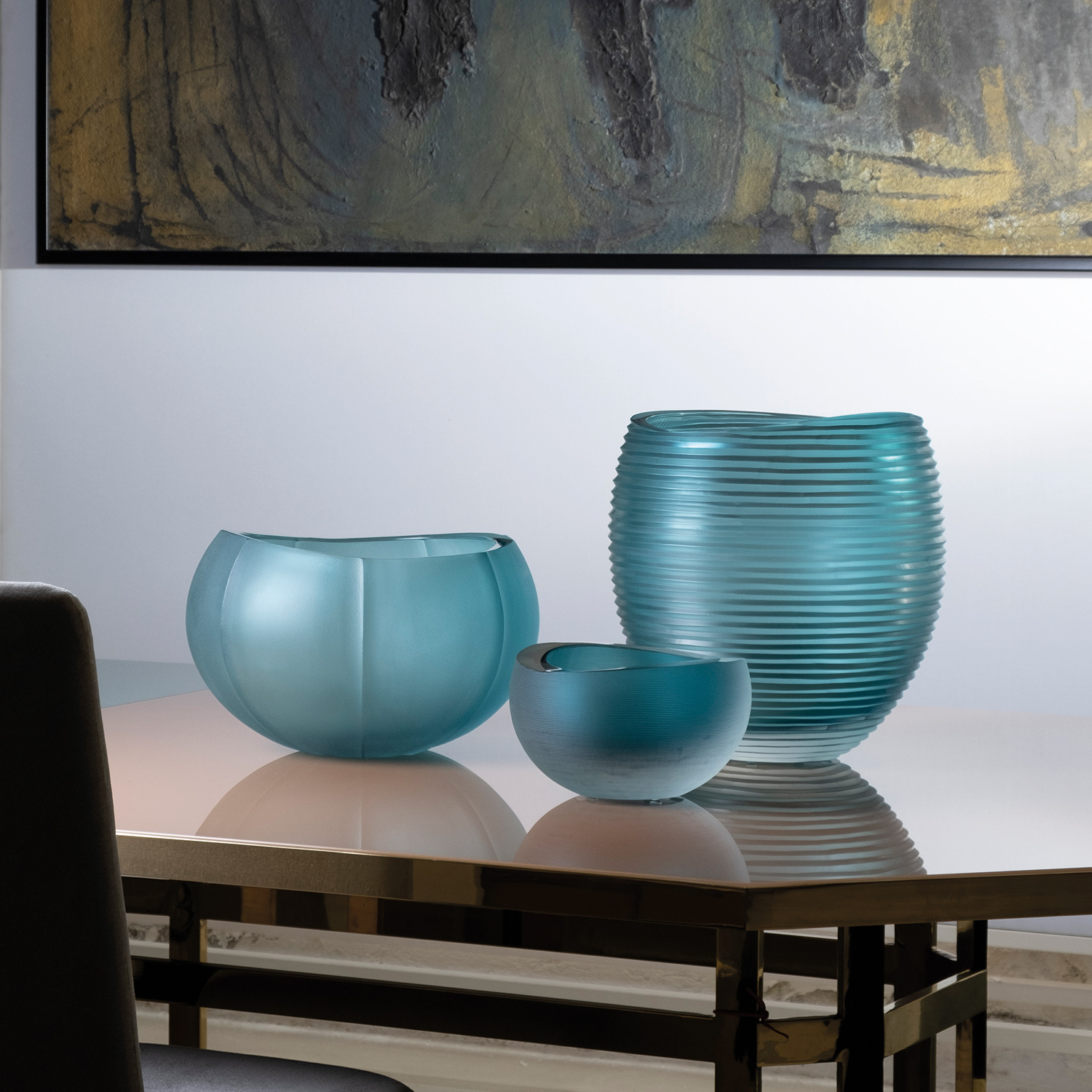 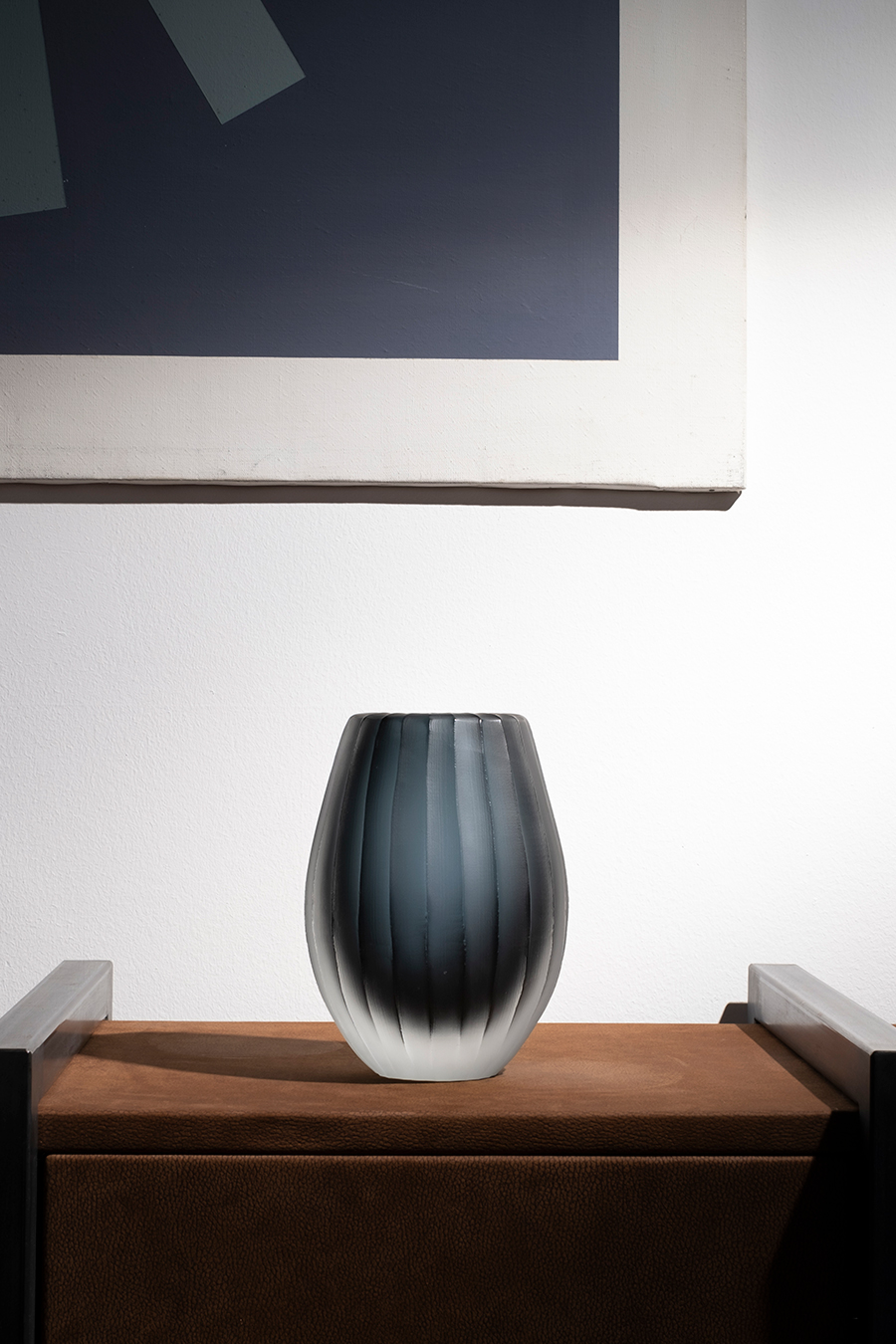 Back to all creations
Lume

Lamps
Close
Thank you.
We will soon solve your needs.